I was at Portsmouth Polytechnic and went to the Isle of Wight with my friend looking for yacht crew opportunities at Cowes, which fell through, so we ended up dishwashing at a holiday camp along the coast. On our day off we went for a walk. As we wandered up a narrow lane there was a silhouette of a bloke with a cowboy hat (this must have been Rikki Farr) who, as we walked past said , “Do you want a job?” Well, anything was better than the camp kitchen and as we both played guitar, this seemed too good an opportunity to miss.

I don’t actually remember doing any real work. I suppose I was helping put up the boards round the site and painting them. I think there was some digging pits for the loos. They were a few people all sleeping together in a tent provided. I do remember someone being run over by a lorry in the night as he slept outside in the grass.

Perhaps we were there for a week, then rapidly the empty site filled up with stalls at the far end of the enclosure and behind the stage. We stood on the stage at some point and played our guitars when the sound system was put up.

There was a point when the arena was cleared, because the bands were practising. Ignorant of the fact, for two of us were focussed on inhaling illicit substances under the stage – me for the first time. A group started up above and stopped suddenly as furious, full volume expletives were let rip on someone unfortunate who had strayed in, ignoring a complete ban on watchers. Mmm, so it was just us two and The Band! Not that I really knew who they were, but the sheer power of the sound and the excellent musicianship about three feet overhead was not to be forgotten since. This was the first inkling that something quite big was happening.

Then thousands of people began to arrive. To my horror someone told me to stand by the white picket fence of the VIP enclosure – about knee high – and stop people coming in! I found a short piece of wood to protect myself because I could see that I wasn’t going to last long as I faced the sea of humanity rapidly growing behind me. Fortunately, I had no need to worry as everyone was most polite and nobody ever stepped over the fence all the days I was there.

Meanwhile the VIP area was nearly filled up and, compelled to make myself useful, I tried to stop a line of people squeezing their way in. There was big guy with a beard and then I noticed behind him was Ringo Starr. Mmm not a good idea. The big guy I learnt later was Al Grossman. I quietly retreated to my place and sat down to find that, I am sure it was Marianne Faithful, or was it Patti Boyd was just in front of me, and I had stood on her hat. A withering look confirmed I was just not cut out to be a bouncer.

The ringside seat was just amazing, and as I had nothing to do, I just enjoyed the show as it went on and on. After a bit I wandered about and started taking pictures right up at the stage. There were perhaps five people taking stills. One guy opened up a huge plastic bag and gave me a few extra rolls. I would have an excellent set, but a very nice guy dressed as a vicar took most of them to be processed with my money, and that is the last I saw of them. How naïve! So I have only a few left; Marsha Hunt. The Who arriving by helicopter.

But the close up shots in my eye remain. Bob Dylan about 5 feet away. They boo’ed when he played electric guitar? I can’t remember, but with The Band it was just fantastic. Nice: seeing how the knives got into the Hammond and how rocking it affected the echo plates. Tom Paxton, his shirt stuffed with money refusing to go back and play some more. Richie Havens as it went dark. Such quality playing – Joe Cocker amazing. A lot of drink, but no violence, except I did see a guy climbing over the backstage fence being smashed on the head with a beer bottle. There was naked women wrestling in mud and gladiatorial contest with two decorated VWs.

I used the money I was paid to make a demo record, and my band made backing tracks for a climber and photographer called Denis Kemp, for his climbing lecturers with Joe Brown and Chris Bonnington. As soon as I saw all the recording gear and cameras I got really keen, and three years later I was a producer making BBC radio children’s programmes.

It must have been 15 years on, I was looking in a window in Portland Place and a Dutch guy came up to me as said, “I have seen you before. Were you at the Isle Wight? You are in an exhibition in Holland standing up amongst thousands of people.”

Perhaps it was all that creativity and energy I saw so close up that made me want a slice of the action for myself. I do think that three day event helped kickstart me on a very interesting and enjoyable career.

As I recall we were all shunted in and out every evening. The night before Dylan was on many people exited and sat right where they were outside the gates, so they could get in early. Guitar music filled the air and various small groups sang all kinds of songs. People did’nt sleep much. The next day myself and my pal made our way to the front, close up to the edge of the fence. We sat there like sardines for hours.

Tom Paxton was absolutely brilliant. After 3 hard days of music and various incentives to stay awake many were well past it. Dylan came on about 2 hours later than expected after a set by the Band.

I don’t think many people expected him to use his Nashville twang, but when did he ever to do what others expected?

People were expecting some incredible show with appearances by the Stones and God knows who. I doubt that was ever going to happen, but some of the playing was sublime and “Wild Mountain Thyme” was one of the best performances he ever gave IMO. Later I read a comment by Clapton who said that Dylan wore a white suit just like Hank Williams and that Hank was a bigger hero than Guthrie.

I enjoyed the show but I was too tired and like everyone else the day had been too long. The crowd just bust the walls down on the way out and I remember heading for the ferry and being too frayed to stand in line, so I climbed over the parapet wall and edged my way along a narrow ledge bypassing thousands of people. My mate followed me. I can recall hearing the crashing of the waves on the wall 40 feet below. When we got close to the front we hopped back over and headed for home.

I will never forget the mood of the crowd round dusk when they thought Dylan was due on any moment. Had he taken the stage then it would have been sensational but time dragged and the moment passed. Some folks literally passed out after getting too happy and I guess some of them are still there . In fact some people that use to frequent the Peanuts folk club at Liverpool St were still on the IOW months alter. God knows why.

I do remember waiting for the ferry out from Portsmouth, great long good-natured queues, and everyone looked wonderful – you know how we used to dress, back then. I have a couple of photos somewhere or other. Someone – I think it was Richie Havens – sang for far too long for my taste, it seemed to go on and on and by that time we really did want Dylan. And I do remember it was very late before he started to sing, and I did actually fall asleep while he was singing. I’d seen him at the Albert Hall in 1965 when he delivered himself for the first time (in Britain) of all the songs on “Bringing It All Back Home” – a breathtaking performance; by ’69 he tended to sing in that “I’m going to make a nasty noise and I don’t care” manner, and what most of us wanted, I think, was peace and love and the sweet melodies of “Nashville Skyline” – we got bits of them, eventually, but musically speaking it wasn’t wonderful. Being there was, though.

We camped where there were makeshift tents or what ever it was, just sheeting I think, called Desolation Row after a song he sang.
There were Nuns asking us if our parents knew where we were, and saying we should tell them in case they worried. There was a big bubble machine like washing suds, people were dancing in the froth, some clothed … some not…
A man had made a tray like an usherette around his neck saying grass, hashish, L.S.D. walking through the seated crowd and some people bought it as if they were in the pictures!!!during an interval.
We saw Bob Dylan sitting on the sea wall at Seaview before the festival. He had his coat on and looked cold, he waved. The Island was full of hippies.

I spent the summer selling the snooze on Sandown beach to save up for the weekend ticket after I left school. The first night I spent under a hedge by Wootton Creek, I still look over there whenever I drive passed, then sell the snooze in the morning and go to the festival. The second and third nights I slept in the back of the snooze local office van. In the mornings they made me breakfast and have a wash before going off to sell the papers again. My sleeping bag was an eiderdown my mum converted for me. I went on my own but you could talk to anyone with no hassle or big egos. We had none of the facilities they have nowadays and going to the bogs was a nightmare. But what the heck I saw some brilliant bands that weekend even if we did have to wait for hours before Dylan came on. It was there that I really got hooked on The Who and still am. I still have the pass out ticket somewhere. 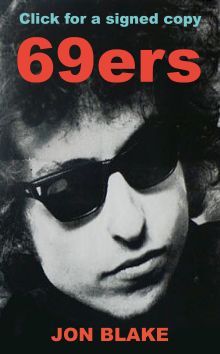 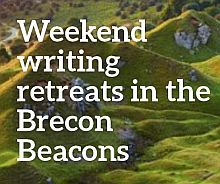 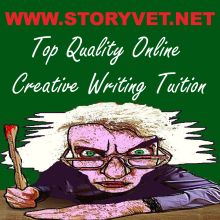